Italian numbers
How to count from zero to one billion in Italian
Days of the week
How to say the days of the week in Italian
Months of the year
How to say the months of the year in Italian
How to say "The"
Meet the definite article — the many little words for "the" in Italian
Question words
Who? What? When? Where? Why? How? How much? How many? How to ask questions in Italian
Talking about the family
Useful vocabulary for talking about your nearest and dearest
Asking directions
How to ask where something is, and words you might hear in response
To be (in love)
Learn how to use the extremely important verb: essere (to be)
To have (hunger)
How to use the verb "avere"(to have)
Going shopping (-are verbs)
We'll go shopping and explore how to use verbs that end in -are
Taking everything (-ere verbs)
Discover why the verb prendere is like George Clooney, and learn how to use verbs ending in -ere
Time concepts
How to say early, late, sometimes, never and other time concepts in Italian.
Possessive adjectives
How to use all those little words that say whether it's his cookie, her cookie, their cookie, or your cookie.

How to say "the" in Italian

If English is your first and only language so far, this lesson might be a little hard for you to swallow. 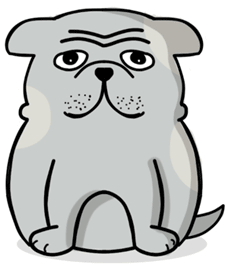 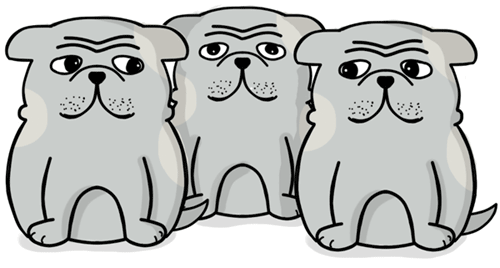 But in Italian there are SEVEN words for "the", depending on what you're talking about. SEVEN! Here they are:

Why so many? It's because the word you use for "the" changes depending on whether you're talking about something that is masculine or feminine.

There's no particular rhyme or reason to whether something is masculine or feminine ... it's just something you learn when you learn each word.

The second thing that determines which word you use is whether you're talking about a single thing, or multiple things. Dog, or dogs?

The third thing is whether the thing you're talking about starts with certain letters.

Don't be discouraged! Italian is still one of the easiest languages to learn, and this is a simple rule just requires a little bit of practice.

When you're talking about things that are, for whatever reason, feminine, use the following rules:

la is used for all feminine singular (just one) nouns beginning with a consonant.

When that singular feminine noun starts with a vowel instead, la contracts into l’.

Are you looking at more than one of something? Then you use le. Le is used for all feminine plural nouns, even if they start with a vowel.

il is used for masculine singular (just one) nouns beginning with a consonant.

l’ is used for masculine singular nouns starting with a vowel.

When you've got more than one thing, you'll use either i or gli. I is used for masculine plural nouns starting with a consonant.

the horses
Play
i cavalli

gli is used for masculine plural nouns starting with a vowel.

The twist for masculine Z and S words

lo is used for masculine singular nouns beginning with a Z or S+consonant.

gli is used for masculine plural nouns beginning with a Z or S+consonant (plus vowels, as above)

That might seem like a whole lot of things to remember! The easiest way to do it is to learn the definite article for a word at the same time as you learn the word itself. Don't just learn house = casa. Learn house = la casa. That will tie them together in your memory.