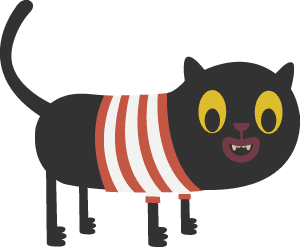 Once upon a time there was a girl who was not so young but not so old. She lived in a crumbled city at the bottom of the world, and spent her days making advertisements for an internet marketing website.

But she was not very happy.

So one day she decided to build her own website. She would use the things she learned at the internet marketing company, and build something beautiful!

... Something that people would love!

The girl found a Belgian man who could make strange noises with his mouth, and together they made some children's audio stories in French. Because it was an experiment, the girl named the website The French Experiment .

She hired translators, language teachers, and voice artists to help.

She left her job with the internet marketing company and found a desk in an office in the heart of the crumbled city, where she could spend her days writing, drawing, editing audio, and coordinating with experts around the world on the best way to say "wolf butt soup".

Did she live happily ever after? It's too soon to tell. This story is still being written. But by visiting this website, you are part of this little tale too. 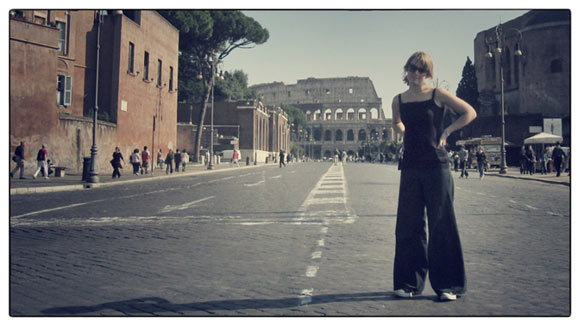 Just a girl and her pants and il Colosseo.

And now the short version

The Italian Experiment is based in Christchurch, New Zealand.

It was founded by Aletta (a.k.a "the girl") in 2013. Aletta has a background in web design, writing, travelling with too little money, and being awkward in different languages.

You can get in touch here. Alternatively, you can direct your snail-mail to: